Built on a foundation of expertise spanning 45 years, Electrical Testing was incorporated in 1990 and has evolved as a significant independent player in the world of electrical inspection and testing of street lighting in cities and on highways across the country.

In 2011 we became one of the first independent companies to be registered as part of the NERS scheme, (National Electricity Registration Scheme) run by Lloyds on behalf of the UK Distribution Network Operators. (DNO's)

Over the last year we've worked with and on behalf of numerous local authorities, contractors and an IDNO (Independent Distribution Network Organisation) to deliver connections work to the very highest standard while working to the required health and safety standards. for technical expertise, quality, environmental standards and health & safety.

We are an HEA approved contractor and hold multiple certification and accreditation including ISO 9001 and 14001, OHSAS 18001, BINDT and CIS. 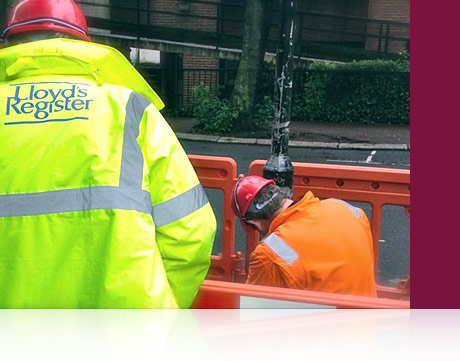